Understanding All About Thyroid Nodules 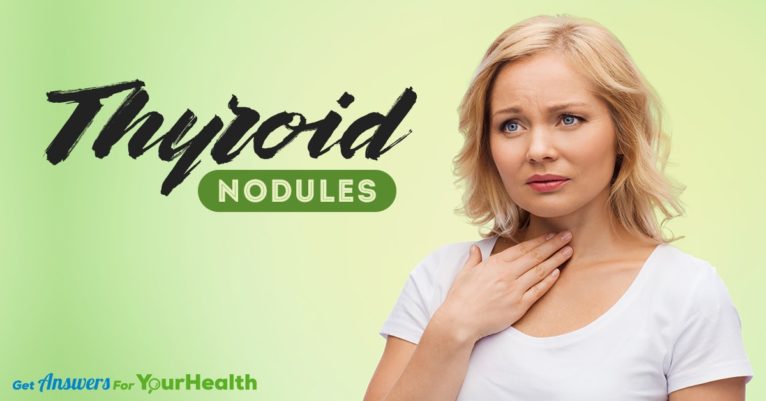 Understanding All About Thyroid Nodules

Thyroid nodules are lumps that are formed due to abnormal growth of cells in the thyroid gland. The good news is that most nodule formations within the thyroid gland are benign, meaning noncancerous. The bad news though is that there are some thyroid nodules that can quickly escalate into becoming malignant, or cancerous.  If not treated in time, can ultimately be life threatening. Hence the reason that you need to get those nodules checked and treated the instant you discover them in your thyroid or if any of your loved one tells you about them.

But how do these nodules form in the first place? What are the signs and symptoms? What can you do once their presence is detected? Here are all the answers for you.

You will be surprised to discover that thyroid nodules are pretty common. Approximately 30% of women over 30 years of age have them. They are three times more common in women as compared to men. The older women get, the more their chances of having at least 1 nodule in their thyroid gland. What’s more, 95% of them are benign and generally show no symptoms, going away on their own.

Yet, 5% of the nodules in the thyroid can become cancerous, which is why they simply cannot be ignored and need to be diagnosed and treated in time. As mentioned before, thyroid nodules are abnormal cell growth and can be cysts that become filled up with fluids.

They mostly give no symptoms which is why they remain unnoticed until a physical exam or an X-ray of the neck region is performed. Most of the times the thyroid gland wasn’t even the thing that was being checked when the nodules were discovered.

Why do they form in the first place? Research suggests that 60% of the times when nodules were discovered the underlying cause was iodine deficiency. This is why they are generally discovered among people who live in iodine deficient areas. Since this is not a concern in US, hence iodine deficiency is not the cause for thyroid nodules in America. The reason why women in US develop these nodules is the overgrowth of normal thyroid tissues, known as thyroid adenoma.

Usually  there are little to no symptoms, which is why they are mostly never discovered until an X-ray or physical exam is performed. But when the nodules are very large, they can not only be seen like enlarged goiter but also felt because breathing and swallowing becomes constrained.

There are certain cases when these nodules secret excessive thyroxine, which leads to such symptoms as too much perspiration, weight loss without any diet change, tremor in hands or body, irregular heartbeat, nervousness or anxiety.

If the thyroid nodules are cancerous, they are most of the times very slow growing. Rapidly increasing thyroid cancers are very rare, but the growth of nodules can be super-fast. They can also be large, fixed and firm to touch.

There can be a single nodule in the thyroid or more than one. This is why thyroid nodules have different classifications.

Have you or your loved one discovered a nodule in your neck? Should you be worried?

Most thyroid nodules are nothing to be worried about. Studies show that 60% of women have at least one nodule in their thyroid by the time they are 60 years old. As there are no symptoms you may never even know about it. But if your neck starts swelling up or breathing/swallowing becomes difficult, it is time to get in touch with your medical health professional immediately. Some other symptoms that you need to keep an eye on that warrant a trip to the doctor include:

When you visit your primary doctor, they will first perform a physical exam and then may suggest an X-ray in order to find out whether or not there is any presence of thyroid nodules and how big it is and whether or not it’s benign. Blood tests may also be recommended by your doctor. Thyroid ultrasound and thyroid fine needle aspiration biopsy are also methods of nodule detection.

Once the severity of the thyroid nodules has been determined, your doctor will suggest how you need to progress. Here are some treatment options that are generally recommended to thyroid nodule patients.

Thyroid hormone suppression therapy is mostly recommended for benign nodules in the thyroid. Levothyroxine is given in the form of pills to see how that works out. If this does not work, sometimes surgery is also recommended.

Nodules that lead to hyperthyroidism are treated with radioactive iodine treatment, which is taken as either liquid or capsule for two to three months. Patients who don’t react to this are either prescribed anti-thyroid medicines or surgery.  So be sure to visit a doctor if you think you are suffering from thyroid nodules. 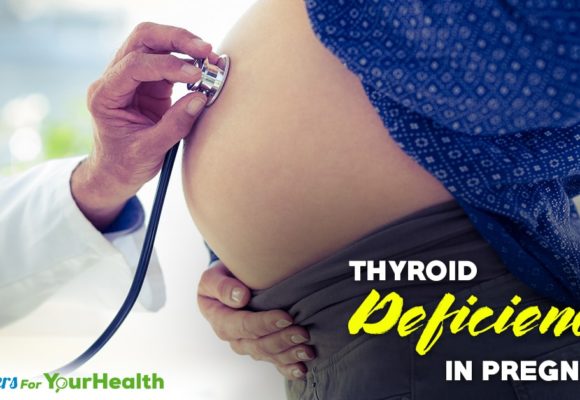 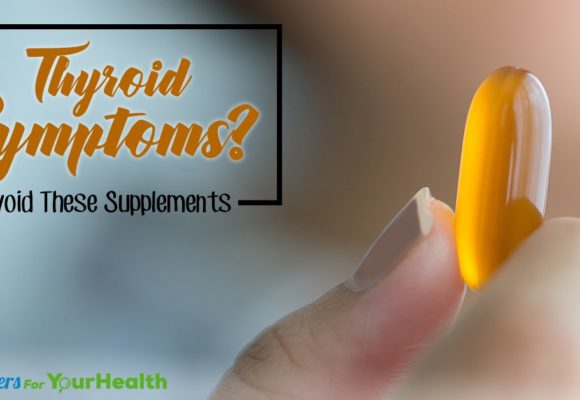 Avoid these Supplements When You Have Thyroid Symptoms

Reasons Why Hashimoto’s Makes You Feel So Bad