Is Colon Cancer Passed On In Families? 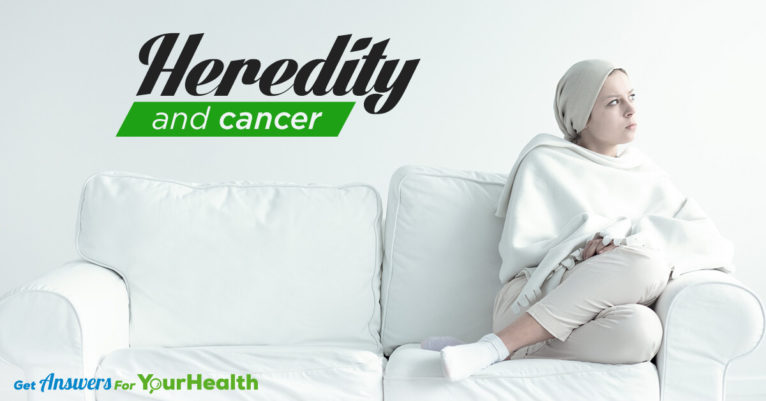 Is Colon Cancer Passed On In Families?

It is indeed a beautiful feeling to hold your newborn in your hands and decide whether he resembles more his father or mother or another family member. Have you wondered what causes the nose of your little one to be the exact copy of his grandfather?  Or his voice,  in which he cries, to be as melodious as his aunt’s? This passing of characteristics is through the transfer of genetic material from one generation to the other, and then another. It is not only the facial features or personality traits that can be transferred to your child, but also they can be more prone to certain diseases.

Passage Of Genetic Information Through Generations:

To understand how colon cancer is able to be transmitted between generations, you first need to know how genes, contained by cells, function. Basically, a cell is the structural and functional unit of every individual.  Every body part and every organ is made up of cells. These cells carry genetic information encoded in the form of genes.

In simple words, genes are encoded instructions that control the physical appearance and functions of organs. The interesting fact is that every cell contains the entire set of instructions.  For instance, no matter whether it is the nose or the ear, the genetic information contained within the cells is same. However, what differentiates nose from ear is the activation of those certain genes. In the nose, only those genes exert their effects which are related to nose and same is the case with the ear.

Furthermore, half of this genetic makeup is inherited by mother in the form of a single cell that is an egg, while the other half is transmitted by father, which is also a single cell called the sperm. These two cells fuse together to form one cell aka zygote. As to form a complete baby, this cell continues to divide and every cell is identical. When some genes in every cell activate, they cause differentiation of organs.

Family history is a strong risk factor for developing colon cancer.  With the understanding of a few concepts, we can take steps to  keep our colon healthy.

The two colon cancers that are transmissible are HNPCC (hereditary nonpolyposis colorectal cancer) and FAP (familial adenomatous polyposis). Both women and men can be affected and their children have a 50% chance of getting the disease. Overall, these two cancers, combined together, account for less than 5% of all the colon cancers (Gastroenterology, June, 2010).

HNPCC, as mentioned earlier, is a form of hereditary colon cancer. HNPCC derives its name from the initials. H stands for hereditary that is the opposite of acquired disease. NP is for non-polyposis which means in this cancer, polyps do not from. While CC is used for colon cancer. It is the most common cause of inherited colon cancer with an estimation of around 3% cases that are caused owing to it.

In a normal individual, some genes are present known as mismatch repair genes, primarily to have a check on normal division and growth of cells. The basic function of these genes is to repair the DNA or you can say to repair the  faulty or mutated gene. Mutation is an abnormal change in gene, that is the most common cause of cancer.

As our body is beautifully organized, it tries to destroy or undo the abnormal gene with the help of mismatch repair genes. The problem occurs when these important  genes become mutated. There remains no other gene to help them. This is what happens in HNPCC.

Unfortunately, the mutated mismatch repair genes causing the disease can be inherited. Adding to the misery, HNPCC transmits in an autosomal dominant pathway. To understand this pathway, you should know that genes occur in pairs. One copy of each gene is inherited by one parent and the second copy by the other parent. With autosomal dominant pathway, only one copy is sufficient to increase the chances of colon cancer.

FAP is another form of inherited colon cancer that accounts for around 1-2% of total colon cancer incidences. As the name indicates, in familial adenomatous polyposis, polyps form. Polyps are basically extra tissue growth in intestine. These outgrowths are initially benign in nature but if remain untreated, they can grow to be malignant. Polyps may become cancerous as early as age of 20. By the age of 40, it is hundred percent that the polyps turn cancerous.

In classical familial adenomatous polyposis, mutation of the APC gene occurs. APC is a gene present in all individuals that is responsible for tumor suppression through the production of APC proteins. Tumor suppression is done by the regulation of normal cellular responses.

APC ensures the cells divide properly and in accordance with the body’s needs. Also, it keeps a check on the cells that keep them from growing too fast. However, due to the mutation of this important gene, the essential function of tumor suppression is lost. This causes increased chances of cancerous tumors to develop.

As far as the genetic pathway is concerned, classical FAP follows the autosomal dominant pathway, that means presence of only one copy of gene is sufficient to be FAP positive.

Attenuated FAP is basically a variant of familial adenomatous polyposis, in which there is comparatively less polyps formation. Also, the polyps develop later in life, usually after the age of 50. The cause of the disease is the same as of classical FAP, that is the mutation in the gene APC, which in turn causes tumor formation.

MUTYH is a gene that causes corrections in the DNA while its replicating. If the mistakes build up in the DNA, as in MYH associated polyposis, chances of uncontrolled cell growth increases. This causes the development of polyps, that elevates the chances of cancer.

This condition is transmitted through the autosomal recessive pathway. In this pattern, unlike autosomal dominant pathway, both of the copies of gene should be mutated to increase the chances of polyps formation and ultimately cancer development. Normally, each  parent of the individual with autosomal recessive condition, carry one copy of the mutated gene. However, they do not have to show signs and symptoms for the disease to occur, mutation in both the copies of the gene is necessary. These parents are called carriers of the disease.

Most of the mutations, however, are acquired during the life span of the person, rather than being inherited. In most instances, these mutations do not pass on. Certain risk factors are related to cause mutations, but it is still not clear what exactly causes mutation. It is perceived as a sudden change in a gene that may be triggered by environmental stressors.

You Should Go Through Genetic Screening:

Genetic screening is performed to identify mutation in gene, chromosome or protein. Mutation is not always deleterious, but sometimes can be neutral as well as advantageous. However, the mutations, that are linked with disrupting the homeostasis of cells normal regulation (production, growth and death), may predispose the individual to cancer development.

Some cancers are known to run in families, even though they are not caused by inherited mutations. The increased incidence of cancers infamilies can also be caused due to shared lifestyle practices, such as smoking.

To distinguish the root cause of cancer, some other factors are also kept  in mind like the onset of cancer at an unusual young age, or the type of cancer that develops.

In genetic testing, a small sample of your blood or cells of your cheek are taken and sent to a laboratory for testing. Genetic material is looked upon and mutated genes, if any, are identified. The most common mutated genes linked to colon cancer are MSH2, MLH1, MSH6, PMS2 or EPCAM in hereditary nonpolyposis colon cancer, and APC in familial adenomatous polyposis. If the mutated genes are identified in the genetic testing, the result is said to be positive. Otherwise, it is called negative result.

It is not necessary to be going through cancer to go through  genetic screening, as it is done as an anticipation. However, there are some risk factors that may increase your chances of inheriting colon cancer.   Therefore, you can  get your genetic screening performed to rule out any complications. You are strongly recommended for genetic testing, if you meet the following criteria;

Genetic testing can also be done after you develop cancer, to identify the cause. Following points highlight your need to get genetic testing:

Only 5-10% of colon cancer cases are caused due to inherited genes.  Family history can tell you much more about yourself. If you have several family members with cancer in your family or you suspect a particular cancer runs in your family, you should consider a genetic screening. Consult your primary doctor in case you find something suspicious so that he can order the proper testing for you.  You may be a candidate for genetic testing as well. 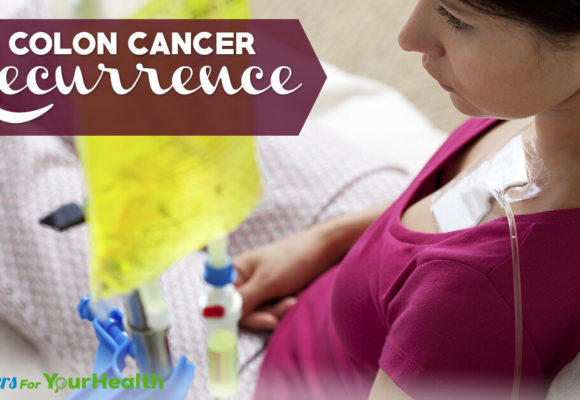 Can Colon Cancer Come Back? 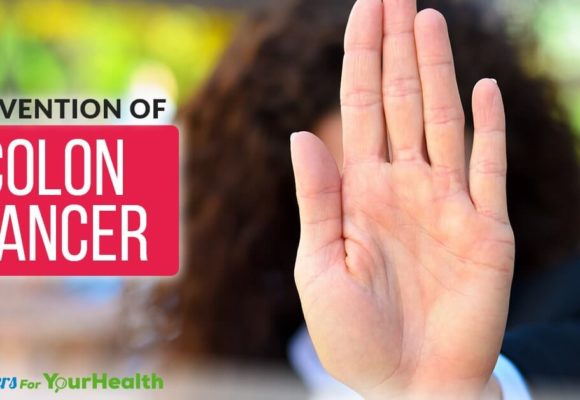 “How To Prevent Colon Cancer” 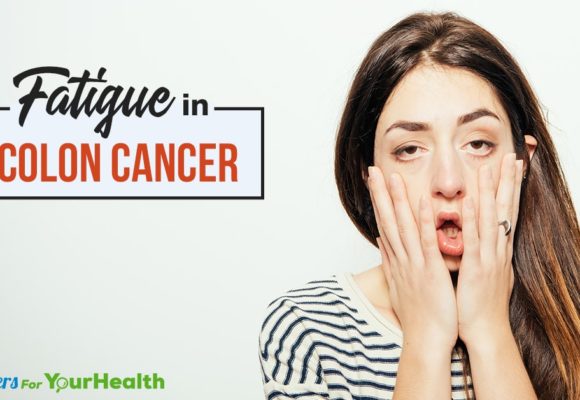 What Causes Fatigue In Colon Cancer?